What’s the deal with giving plant-based milk to babies and toddlers? Turns out, it is not so simple... Whether it’s for health reasons, environmental or animal welfare concerns, many of us are increasing the number of plant-based foods in our diets. In fact, by 2025 (according to the National Farmers Union), it’s predicted that as much as 25% of the population could be vegetarian or vegan.

THE GATEWAY TO PLANT-BASED LIFE? PLANT MILKS OR DRINKS:

Have you switched to a plant-based milk in your morning coffee? It’s an easy one, and many of us have, with data showing that the consumption of plant-based milks is up over 60% between 2012 and 2017.

As an adult, part of a diet rich in nutrients, this poses limited issue. However, when it comes to rapidly growing infants and children, it requires a bit more thought... Food for thought (or growth!)

We know that the earliest years are the point of most rapid growth. Take the brain for example, which doubles its size in year one, reaching 80% of adult size by age three and is virtually fully grown by age five. Obviously as caregivers, we want to protect and promote this growth.

With that in mind, official guidelines recommend the following to support rapid growth in babies and toddlers: 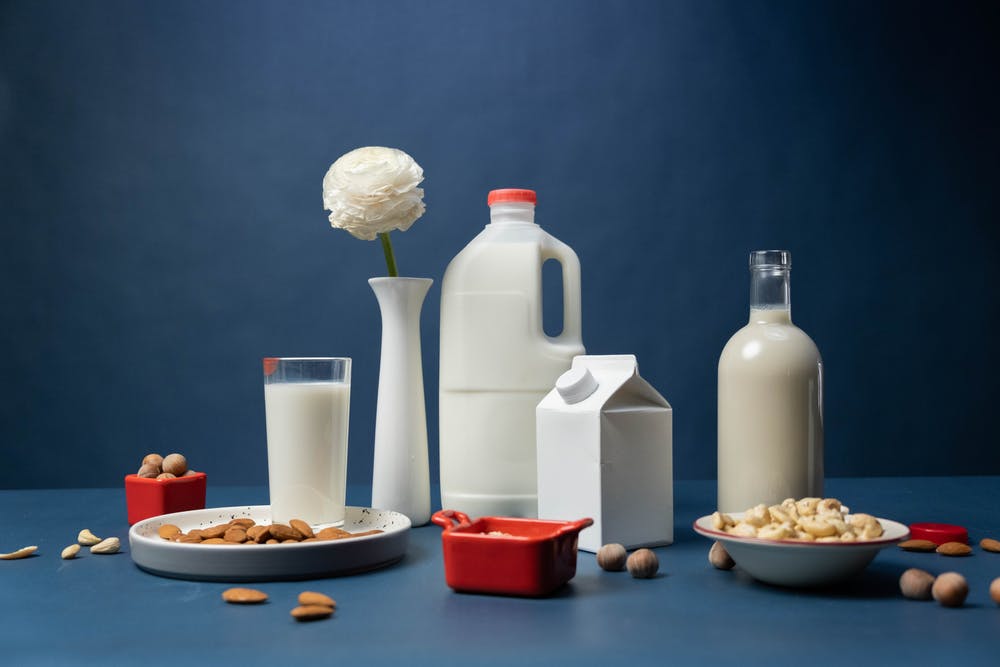 WHY IS COW'S MILK RECOMMENDED FOR BABIES (+1 YEAR) AND CHILDREN?

Cow’s milk is obviously not the same as human milk. It is made up of different protein combinations. However, it is rich in easily digestible protein, fat and lactose; which is crucial for absorption of key nutrients: calcium, magnesium, phosphorus and vitamin D; that are key for brain development.

Added bonus: Often young babies and infants cannot absorb all the lactose (milk carbohydrate), and some is used to feed the ‘good bacteria’ in the gut (a prebiotic), boosting the all-important microbiome which plays a role in immune development.

HOWEVER, EVEN WITH A COW'S MILK PROTEIN ALLERGY OR INTOLERANCE, PLANT-BASED MILKS ARE NOT RECOMMENDED AS A SUBSTITUTE OR REPLACEMENT - HERE'S WHY:

If a child is diagnosed with a Cow’s milk protein allergy or lactose intolerance (different things), a pediatrician or Nutritionist will recommend a hypoallergenic formula vs. a plant-based milk. Currently, no official guidelines recommend plant-based milk as an exclusive replacement due to concerns surrounding a lack of key building blocks: bioavailable protein, iron and calcium; among many other factors leading to significant potential deficiencies.

However, if it is a route that a caregiver decides to go down anyway, careful planning and supplementation with a pediatrician or Nutritionist is essential to avoid major missing nutrients.

OK, SO GIVING A PLANT-BASED MILK EXCLUSIVELY INSTEAD OF COW'S MILK OR FORMULA IS NOT RECOMMENDED. HOWEVER, THAT DOESN'T MEAN THAT THEY CAN'T BE ENJOYED IN MODERATION. A FEW IMPORTANT THINGS TO BEAR IN MIND:

The reality is that there are no ‘good’ or ‘evil’ foods. It’s much more about quality and simplicity of ingredients. The best bet is always: whole, unrefined foods without additives. This is particularly the case with plant-based milks.

Choosing wisely: Unfortunately, as the plant-based milk industry has exploded in the last decade, there are many different brands with highly variable ingredients. It’s actually a bit of a minefield. Often, brands will use meaningless terms like ‘natural’ or ‘full of fiber’ which can be misleading and cover up unwanted additional ingredients like added sugar, preservatives, stabilizers, seed oils and gums... Not what we want.

For example, some plant-based milks are free of sugar, others are as high as 17g per serving. Similarly, calorie count can range from 30kcal up to 550kcal! Others labelled ‘Almond’ milk for example contain as little as 2.5% of the nut. 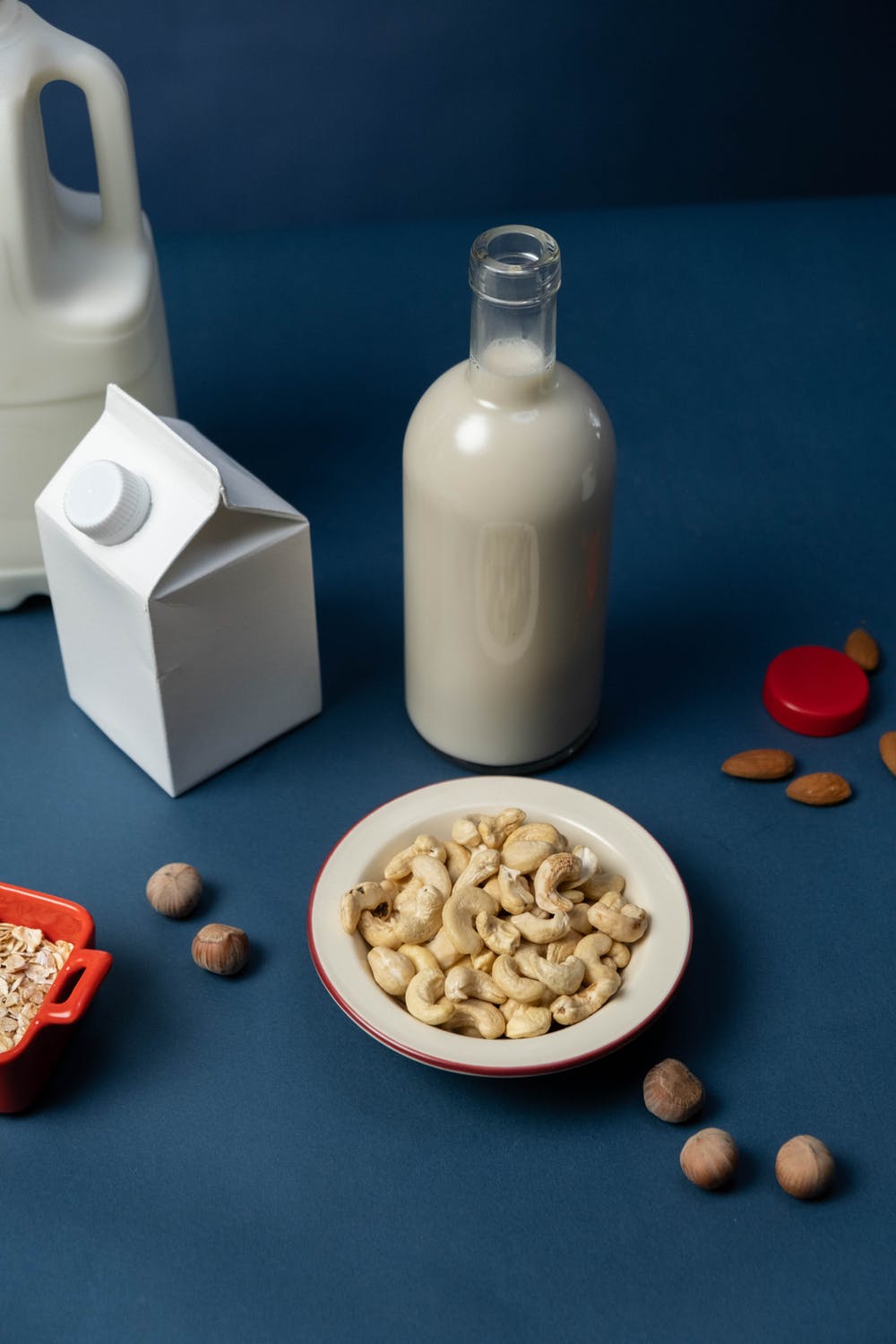 INGREDIENTS AND FACTORS TO CONSIDER WHEN IT COMES TO PLANT-BASED MILK FOR YOUR BABY / CHILD:

Aside from the obvious, like added sugar. Some commercially available nut milks (Oatly for example) contain something called Canola Oil (also known as Rapeseed Oil). The trouble with these refined Omega 6 fats is that during processing and after they are heated to high temperatures producing oxidation which in quantities over time can contribute inflammation in our bodies. It’s better to avoid products which contain this additive.

Rice milk is also frequently added to other nut milks and can be hidden quite well. It is not recommended for young children due to its arsenic content. It also contains the lowest amount of protein and higher glycemic index of the available nut milks, definitely one to avoid.

BIOAVAILABILTY: I.E. HOW MUCH OF THE 'GOOD STUFF' CAN OUR BODIES ABSORB?

Plant milks do have nutritional benefits, particularly in their purest form. However, they’re not always super available to the body. Another reason these milks should be consumed in moderation and not as a primary food source.

Take protein for example. Soy milk has the highest protein content of the plant milks, however, in general plant protein can be less bioavailable (due to lack of limiting proteins). These can be added but it is often at the expense of taste and aroma, so many companies avoid it. There has also been some concern relating to phytoestrogen content (potentially hormone disrupting). So once again, in moderation for rapidly growing children.

Another reason to ensure that plant-based milks are not the main beverage for small children is that many of them contain phytates, which bind to minerals like Zinc, Magnesium and Iron. This reduces the bioavailability of how much of the mineral we can absorb Oat milk for example.

Against this, however, oat milk is high in fiber, antioxidants and polyphenols which are good for cell protection and reduce blood glucose and cholesterol. 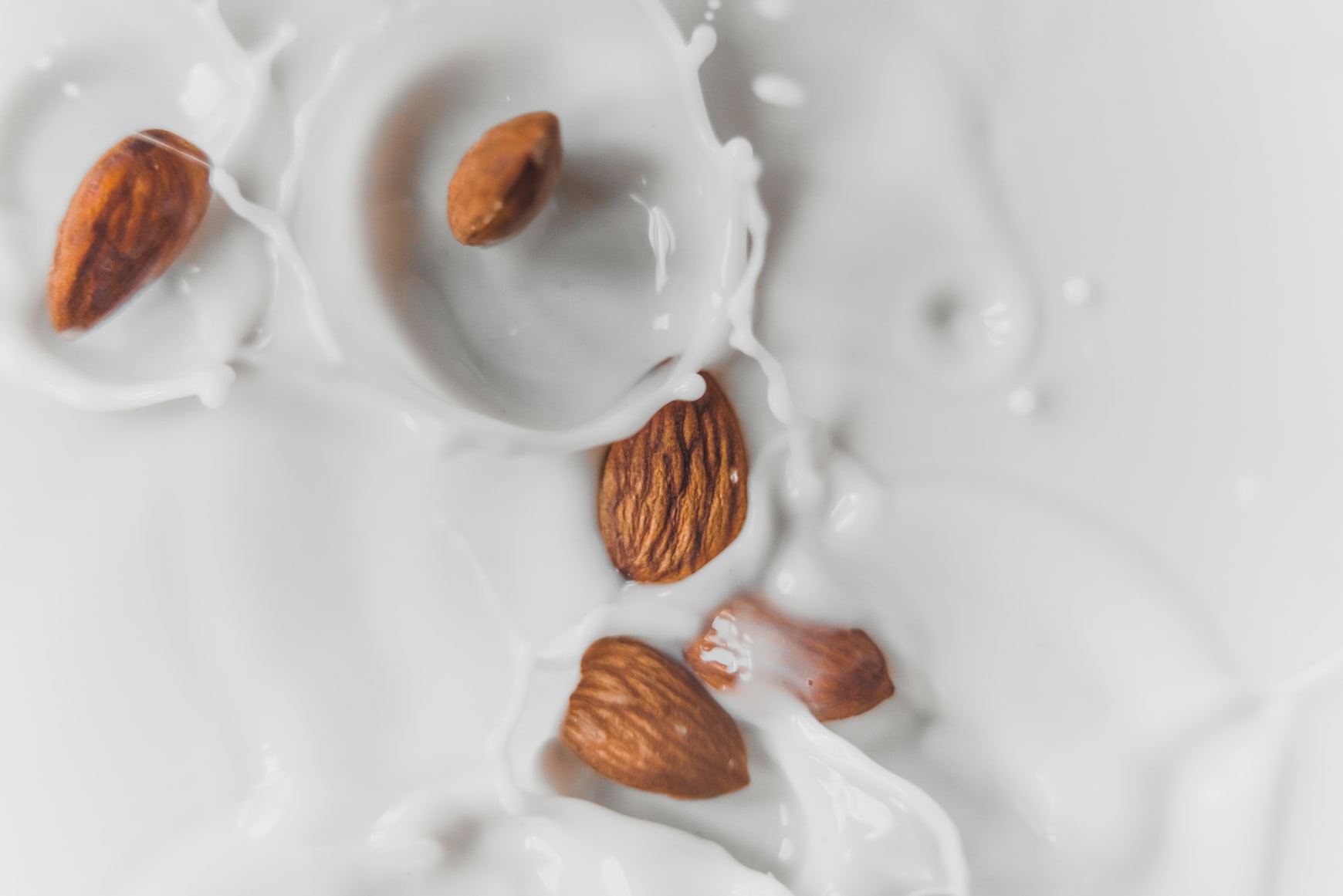 CONFUSED? NO NEED TO BE: HERE IS THE BOTTOM LINE:

There is no harm in babies or children enjoying a well sourced plant-based milk as part of a diet rich in other macro and micronutrients. The difficulty is when it is THE primary source of nutrition. In these circumstances it is essential to get support from a pediatrician or Nutritionist to ensure that key elements lacking in plant-based milk (protein, calcium, B12, Vitamin D, iron. Etc.) are made up with fortification or supplements and carefully monitored.

Ultimately every plant-based milk drink has its own peculiar characteristics with its potential pros and cons. As always, it’s about the quality. Reading the label is so important when it comes to choosing a nut-milk. Ideally look for minimal ingredients. Plenish is a great brand (simply the organic nut, plus water and a dash of salt. Note: For younger babies (below a year) who should avoid added salt. Another good solution is to make your own! Simply take the nut, seed or plant of your choice, soak overnight then blend thoroughly with filtered water (ratio of around 1:4/5) and put through a nut-milk bag or muslin…. and presto!